Spying on the People 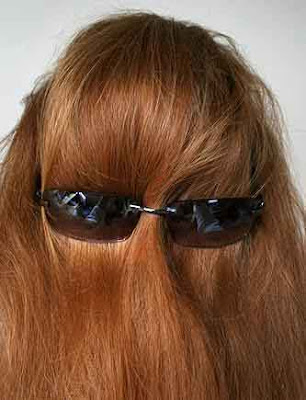 Just what kind of disguises do the police use?

In October 2008 “the Age” reported that police, just as in the days of the old special branch, are infiltrating community groups and reporting on their activities. This includes groups with no record of violence and a commitment against violence.

One officer from the Security Intelligence Group infiltrated groups such as Animal Liberation Victoria, Stop the War Coalition, Unity for Peace and Socialist Alternative.

The policeman posed as a vegan, left-wing activist, and had close contact with representatives of church and student groups involved in anti-war demonstrations. So successful was his operation that the organising committee for the Palm Sunday peace march in Melbourne appointed him its minute-taker at meetings.

The Palm Sunday event, held each year, has been attended by tens of thousands of Victorians opposed to war. It is organised and endorsed by a variety of groups across the community, including churches, students, unions and doctors.

It is possible that police spying on community groups gains them some useful information for fighting crime, but this activity plainly undermines the rule of law.

One of the features of democracy is that it encourages community participation. It is only as we have a market place of ideas that we can enrich each other and learn and grow as a society.

Having someone in a community group whose real purpose is to inform on that group has several effects. First, it means that the group is not so focussed on its task as would otherwise be the case. It is inevitably a distraction, because someone is there with an ulterior purpose. Secondly, if and when people find out about the police surveillance, they are discouraged from ever being involved in community activity again. They are left with a legacy of distrust. Why should they exercise their democratic rights if the result is that they will be treated as criminals? The chill effect spreads far beyond the immediate group itself. Thirdly, and perhaps most importantly, experience has shown again and again that there is a motive for people who inform on such groups to try to radicalise them, and work as agents provocateurs, and even falsify their reports to make their dull spying job seem more significant than it is. Often it is these informers who suggest using violence, or take the lead in anti-social activity.

Of course, all this police activity is completely selective, and one way. You won’t find the police infiltrating boardrooms where decisions are taken against which many community groups campaign.

And this interference with democracy is being done without any independent oversight. No judge issues a warrant. No report has to be given to a parliamentary joint committee. There is no opportunity for the community group to go to court to challenge this invasion of their activities.

What's worse, due to a 2006 amendment - see s 31(3) - to the Freedom of Information Act, you can't find out about what the police have done. Recently I've been asked by a number of community members to get their police files, but have been met with the objection - based on this amendment - that the documents have been created by the Bureau of Criminal Intelligence or the Intelligence and Covert Support Department of the Victoria Police. This covers all documents created in the process of spying on the community.

This spying by the police interferes in legitimate political participation in a way that cannot be justified in a democratic community.