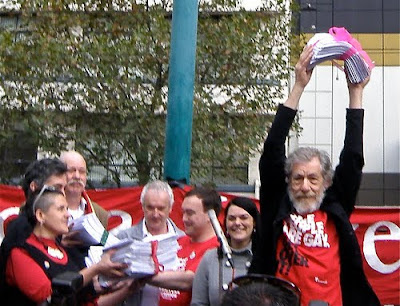 Marriage is a public commitment between two people to a life-long relationship.

Maintaining that commitment is not always easy, and we need all the help we can get. So we have marriage ceremonies, where couples publicly announce their commitment, and their families and friends gather round them to express their support for them in that commitment.

The commitments made in marriage affirm hope. When we commit to another person, we cannot know all the changes in ourselves, in our partners, and in the world which will come in the years ahead. We cannot know, as a matter of practical reality, what that commitment will mean. And yet we make this commitment, and we are strengthened by the commitment of our partner.

The government establishes criteria for legal recognition of marriages, and this is important for security of the children, for the ownership and division of property, for pension rights, to enable spouses to make medical decisions when their partners are not able to do so, and in a range of other practical ways.

In 2004, just before the Federal election, the Commonwealth Parliament – with the support of the coalition and Labor - altered the definition of marriage in the Marriage Act to make explicit that it only relates to heterosexual relationships.

Since then the Greens have moved for equality in the Marriage Act, but Labor and the Coalition keep voting them down.

According to the famous Libertarian John Stuart Mill

The only purpose for which power can rightfully be exercised over any member of a civilized community, against his will, is to prevent harm to others.

How does this Labor/Liberal definition of marriage as only relating to heterosexual relationships prevent harm to others? In fact, it creates a hierarchy of relationships depending on sexual orientation, and this is undoubtedly harmful to those discriminated against.

Marriage and family take many different forms today. If a husband changes his sex to become a woman, does this mean the marriage which he entered into, and which he and his partner still respect, has no lawful force? Does this mean these two parents should no longer be recognized as such? Where a single parent forms a relationship with a person of the same sex, and they parent the children together, are they not doing work which society should value and praise?

The International Covenant on Civil and Political Rights, to which Australia is a party, commits Australia to the protection and promotion of the right to be free from discrimination based on sexual orientation (art 26).

The trend around the world is to recognize same-sex marriage. Several States in the United States now recognize same sex marriage. President Bush’s proposal to alter the US constitution to define marriage as exclusively relating to union between a man and a woman was resoundingly rejected in the Senate - unlike here. Numerous European states, including Spain, Denmark and the Netherlands, recognize same-sex marriage. Canada does, and so does South Africa. Here in Melbourne, thousands attended the same sex rally in May, and marched around the city. We shouldn't have to.

Young people, as they discover their sexual orientation and deal with all the issues that raises, should not be given messages from legislators that one form of sexual orientation is legitimate and another is not. Inevitably, some young people have internalized homophobia so as to believe there is something radically wrong with them. We have lost too many of these young people to suicide, but the fault wasn't theirs. It is ours, for allowing damaging homophobia to fester.

Maintaining long-term relationships – whether heterosexual or same sex - is good for our society. The law should recognize what the community already does.