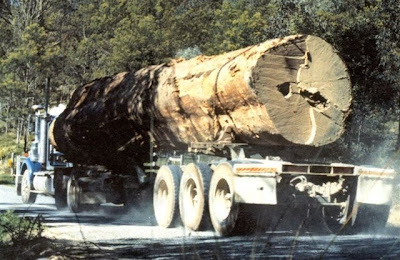 As well as being beautiful and inspiring places filled with life, our forests store vast amounts of carbon.

We all know that we are putting too much carbon dioxide into the atmosphere. We do do this not only by burning fossil fuels, but also by destroying biocarbon – such as forests.

In the debate in Australia there has been little attention paid to the role of biocarbon (carbon stored in living systems).

Our forests have a vital role to play both in holding carbon in the trees themselves and in removing carbon dioxide from the atmosphere. Part of the carbon cycle of life, they are both carbon “stores” and carbon “sinks”.

Native forest logging - unlike plantations – is a massive contributor to greenhouse gases. Sir Nicholas Stern found that ending the logging and burning of the world’s old growth forests would reduce global greenhouse emissions by more than the combined emissions of all the world’s transport systems.

When we log a hectare of forest, not only do we lose a good deal of carbon in the subsequent regeneration burn of all the timber and foliage remaining, but the paper and cardboard products soon deteriorate, releasing most of the balance of the carbon within a space of a few years.

Replanting with 80 year logging cycles only restores a fraction of the original carbon.

Over time, we lose at least 1000 tonnes of carbon into the atmosphere every time a hectare of mature forest is logged.

Australia has recently retreated from a paltry 5% target for reducing our greenhouse emissions. We could achieve four times that overnight if we just stopped logging.