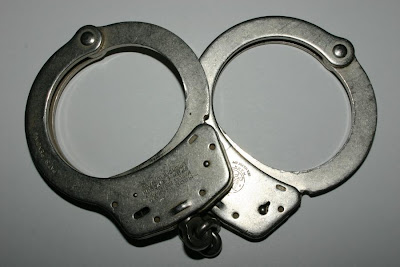 
Introducing the legislation, the government admitted as much when it stated that it was reacting to "public perceptions" but carefully made no claim that the legislation would have any impact on the reality. The government also admitted that the new laws were in breach of the Charter of Human Rights and Responsibilities - as if human rights were a simple convenience, rather than a foundation stone of sound administration.
The powers accorded to police under these provisions are sweeping. There is no exception in relation to searching children, and no requirement to have a friendly adult present if this is done. There are similarly no exceptions for disabled persons. This extends to strip searches. Do we really want our 12 year old children randomly strip searched by police when they catch the train to the city?
The powers to search are in practice unchallengable and unreviewable. The terms of the powers are so sweeping that courts have no real latitude to interfere. The power is therefore unaccountable. Unaccountable power will, as a matter of human experience, be abused. That is why it is the role of parliamentarians to ensure that the power they confer is always accountable.
Random public searches contribute to sense of panic and unease – they trample on self-respect, and build up resentments. They constitute a loss of freedom.
There should be strict limits on the power of police to search. Just as in other States, this should take place only when there is a reasonable suspicion justifying the search. Anything less is arbitrary, and is likely to be discriminatory (eg against young people or minority groups) and may well be undertaken for an improper purpose - such as singling out attractive women, as was found to have occurred at airports recently.
There have been numerous cases in which police have planted evidence against suspects in the past. This becomes an increased risk when an unreviewable opportunity for a random search is given to police.
Why have a democratic system if it is to be indistinguishable from a totalitarian state, where no-one is safe from police searches and the abuses they so often carry with them?
Random police searches trample on self-respect and dignity of citizens, who should be free to go about their business without interference - unless the authorities can show just cause to the contrary.
External Links
Posted by Brian Walters at 07:19